Many believe that a simple rod at the top /highest point of a building constitutes a lightning protection system. this case study illustrates that this is not the case.

The above church is located in the midlands of ireland and was struck by lightning on the 5-5-2008. However the church did have a lightning rod on the cross (the highest point) at the oppisite end of the building to where it was struck.

An area of plaster, approx 4 Metres square (20mm thick), was blowen off the wall internally and fired down the aisle of the church and through the leaded window at the rear of the church, a distance of approx 28 metres away. Extensive damage was caused. However, it was fortunate that the church did not catch fire and be completely distroyed.

On examination of the building post strike, it was noticed that some remedial works had taken place in the past to prevent water/dampness from comming through the wall in the area in question. The works involved the fixing of a bituminous membrane with subsequent plastering over. ADS believe that these works effectively trapped the water in the wall.

Impure water can and will act as a conductor and it is for this reason that ADS believe that this is the reason that the church was not only struck but struck at that location, as the saturated wall was a preferential path to earth rather than the simple rod on the other end on the building. 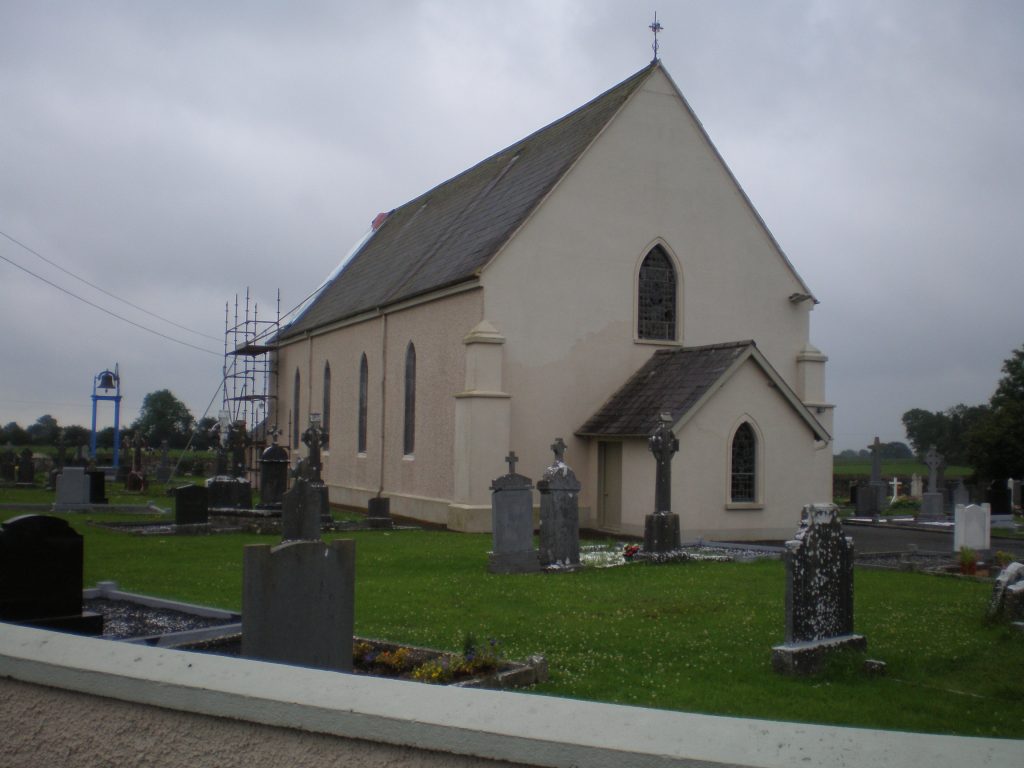 Note the simple rod on the cross. 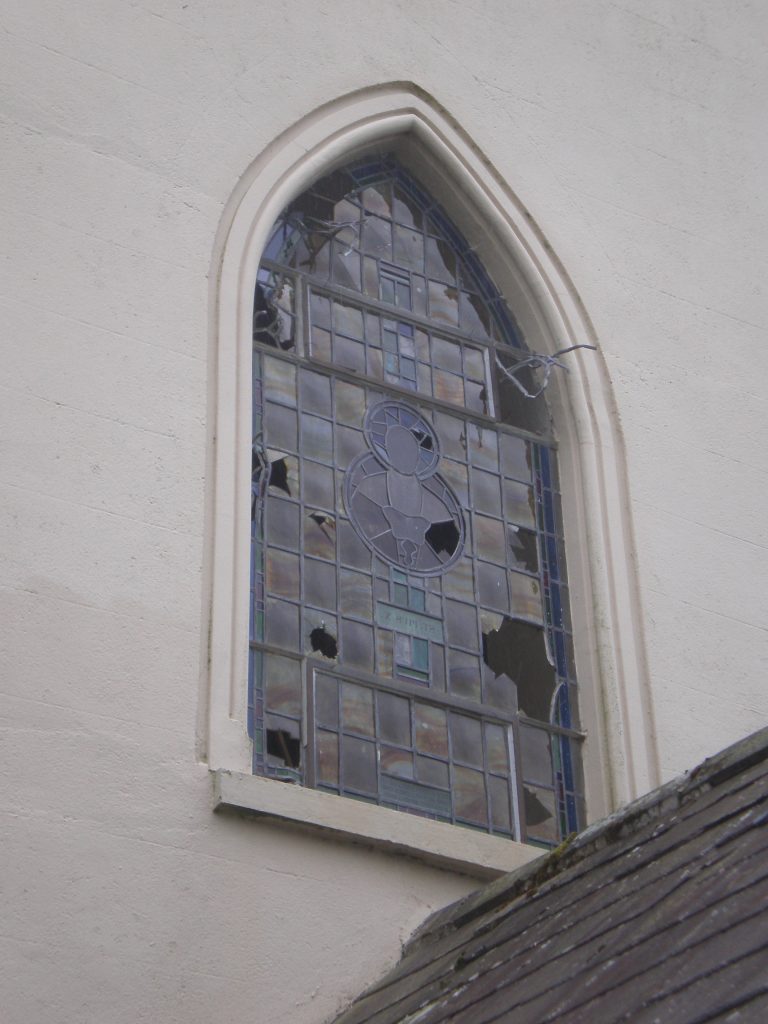 The strike drove chunks of plaster down the aisle and through the leaded window at the other end of the church, a distance of 28 Metres approx. 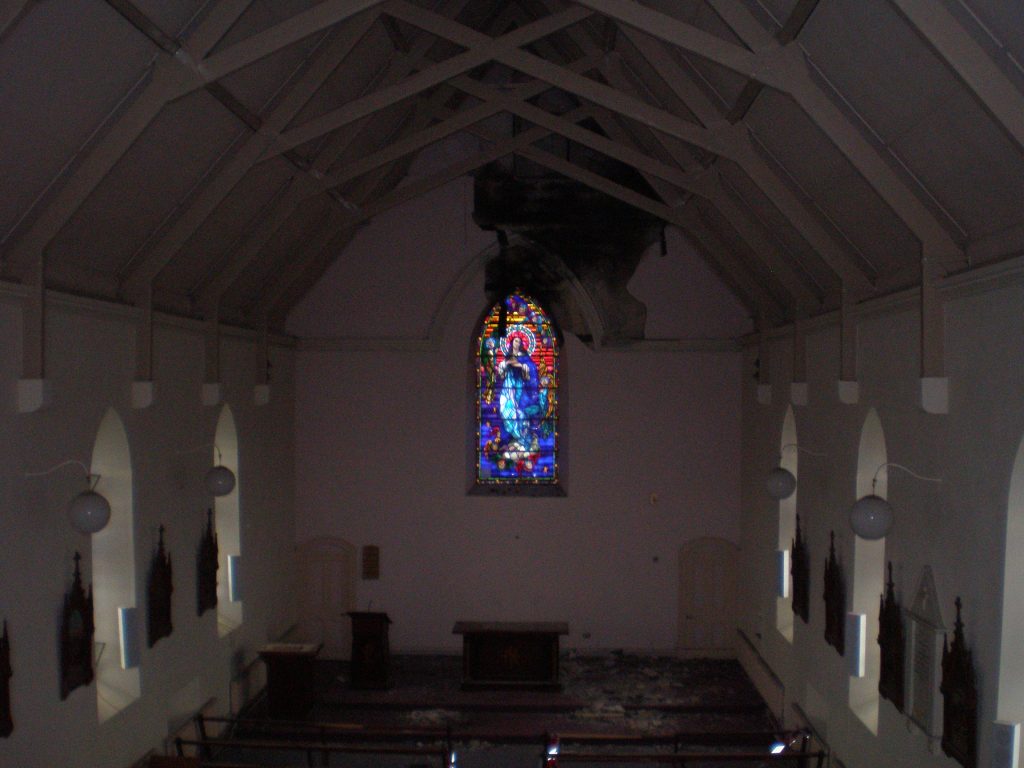 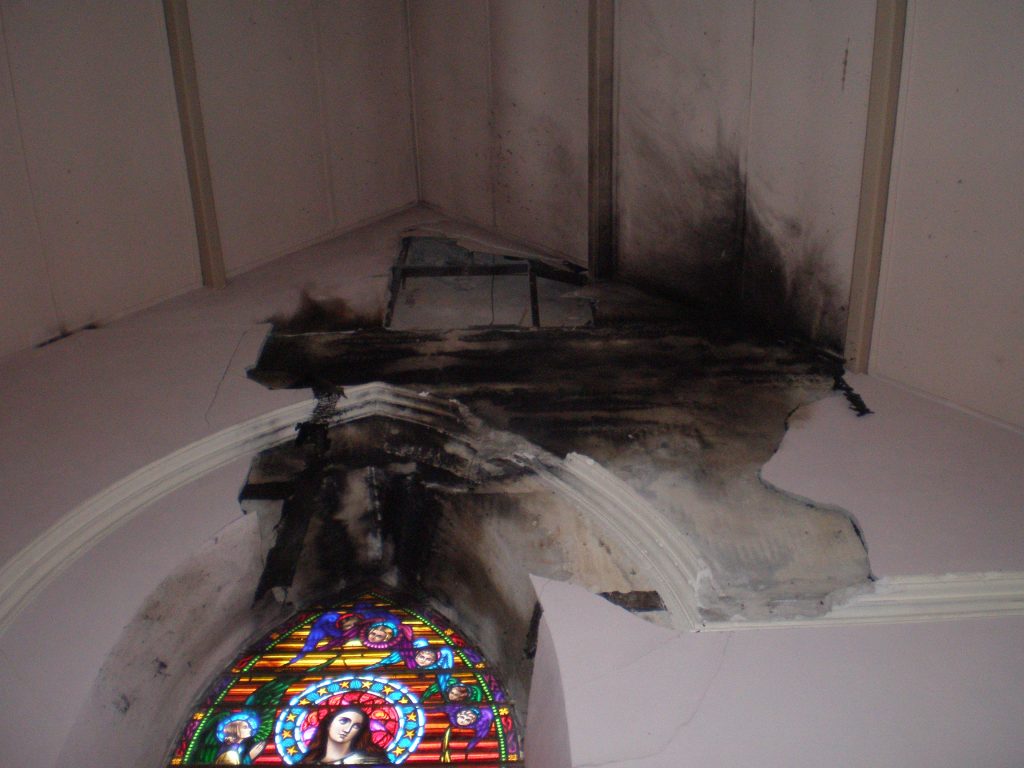